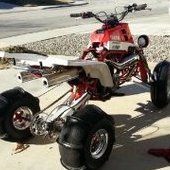 By Sandmaniac, May 14 in Banshee Repairs and Mods